Showing posts from July, 2017
Show All
- July 31, 2017
" Nolan’s every film, from  Following  (1998) to  Dunkirk  (2017), reverses the anti-tradition of Roberto Rossellini, whom Jean-Luc Godard, in  Godard on Godard , celebrates as a great artist because he trusts chance. “To trust chance is  to hear voices ,” Godard wrote, by which he meant the voices of other people. If Christopher Nolan hears any voice, it’s Margaret Thatcher’s from 1987." Tory Porn / The Hobbesian anti-art of Christopher Nolan
Post a comment
Reactions:
Read more
- July 31, 2017
Louis Proyect: "All me cynical but my take on the middle-class protests in Venezuela is that it is less interested in democracy than it is in ratcheting the Gini coefficient back towards one. I remain a committed Marxist but when it comes to Maduro versus Leopoldo Lopez, the opposition leader who was a key figure in the 2002 coup attempt, I’ll stick with Maduro—warts and all. Or I should say Boligarchs and all."  Yes, but also have to be very critical of Maduro.
Post a comment
Reactions:
Read more

- July 31, 2017
"It was the deadliest single attack on a military installation in the entire 16-year history of the Afghan conflict." 170 Afghan soldiers killed. Last year a record number of Afghan forces were killed - 6,800 in total. That is three times the losses of American forces during the entire 16 years of this conflict."  — the BBC website
Reactions:
Read more
- July 31, 2017
Nicely put. "That, however, was only part of the story. There are those who see modern history as an enthralling tale of progress, and those who view it as one long nightmare. Marx, with his usual perversity, thought it was both. Every advance in civilization had brought with it new possibilities of barbarism. The great slogans of the middle-class revolution—"Liberty, Equality, Fraternity"—were his watchwords, too. He simply inquired why those ideas could never be put into practice witho ut violence, poverty, and exploitation. Capitalism had developed human powers and capacities beyond all previous measure. Yet it had not used those capacities to set men and women free of fruitless toil. On the contrary, it had forced them to labor harder than ever. The richest civilizations on earth sweated every bit as hard as their Neolithic ancestors."
Post a comment
Reactions:
Read more
- July 30, 2017 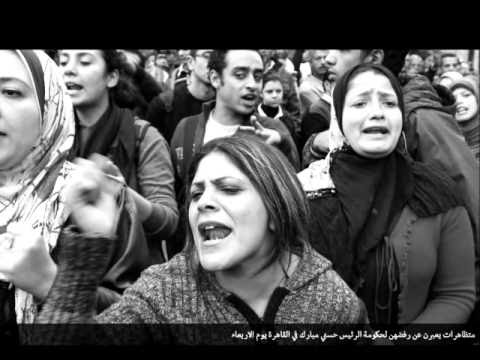 - July 19, 2017
Statement of solidarity with the protests in norther Morocco
Reactions:
Read more
- July 19, 2017
Lebanese army accused of torturing Syrian refugees
Post a comment
Reactions:
Read more
- July 19, 2017
Inside the Gulag
Post a comment
Reactions:
Read more
- July 19, 2017
"In Volume 3 of  Capital   Marx had described Venice and Genoa as urban republics where the merchants ‘subordinated the state more securely to themselves’, and implicit in some combination of Ruthven’s argument with my own is the further crucial thesis that this singularly failed to happen anywhere in the Islamic world. This ties in with a second and to me even more self-evident explanation , which is the one Mielants proposes in his book  The Origins of Capitalism and the “Rise of the West” , namely, that the failure of commercial capitalism in the Islamic world was essentially a failure of mercantilism. It is a striking fact that there was never any Islamic counterpart of the West’s violent mercantilist expansion. Again, the decisive factor here is the very different ways in which commercial capital and the state were linked to each other. The powerful state backing that English merchants received from the monarchy, what Brenner calls the ‘Crown-company partnership’,  had absol
Post a comment
Reactions:
Read more

- July 18, 2017
"The point I try to make in that article is that the debate on whether Jews should be accorded full political rights in 1840s Prussia presents some striking similarities with the debate on Muslims’ integration into French society today. More precisely, my point is that the French state’s demand that religious minorities (and let’s be frank, Muslims in particular) respect the principle of secularism in the public space is reminiscent of Bruno Bauer’s position on the Jewish Question. Bruno Bauer believed that the Jews deserved to be granted political rights only if they stopped being Jews and embraced Enlightenment thought. In other words, he conceived of political emancipation as a kind of award that individuals receive only if they renounce their own religious identity and embrace the identity that the secular state deems as appropriate. Likewise, the French state demands that Muslims get rid of their religious/cultural practices if they want to show willingness to integrate into
Post a comment
Reactions:
Read more
- July 18, 2017
The Guardian's "progressive" Macron "During Netanyahu's official visit to Paris on Sunday, the French president condemned anti-Zionism as the new form of anti-Semitism. But what is the zionist project and how did it all begin?" Where it all began
Reactions:
Read more
- July 18, 2017
Le double jeux de la classe moyenne
Post a comment
Reactions:
Read more
- July 17, 2017 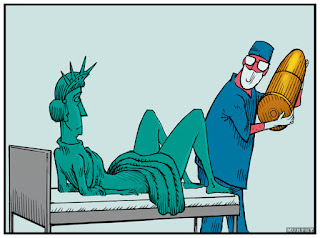 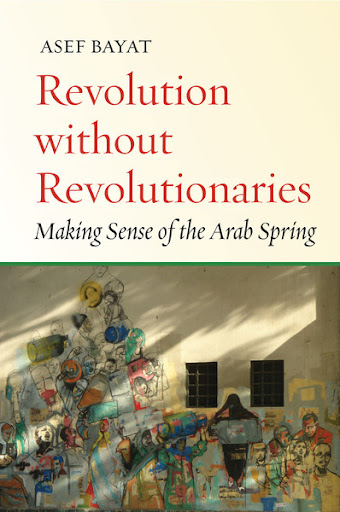